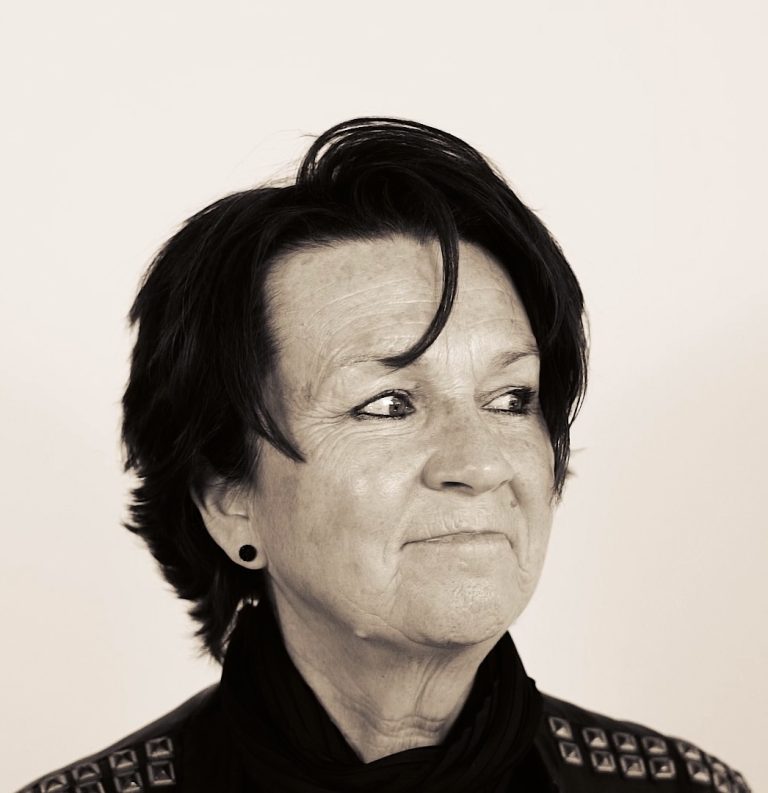 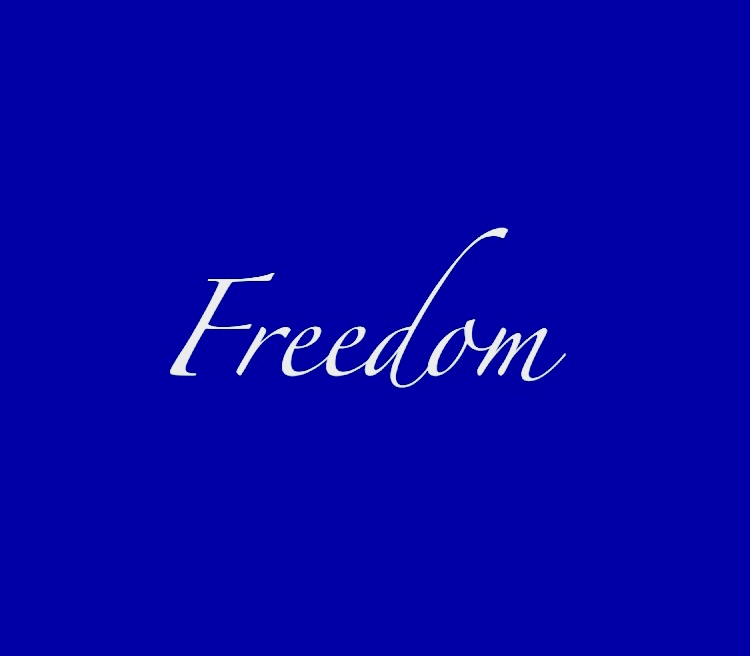 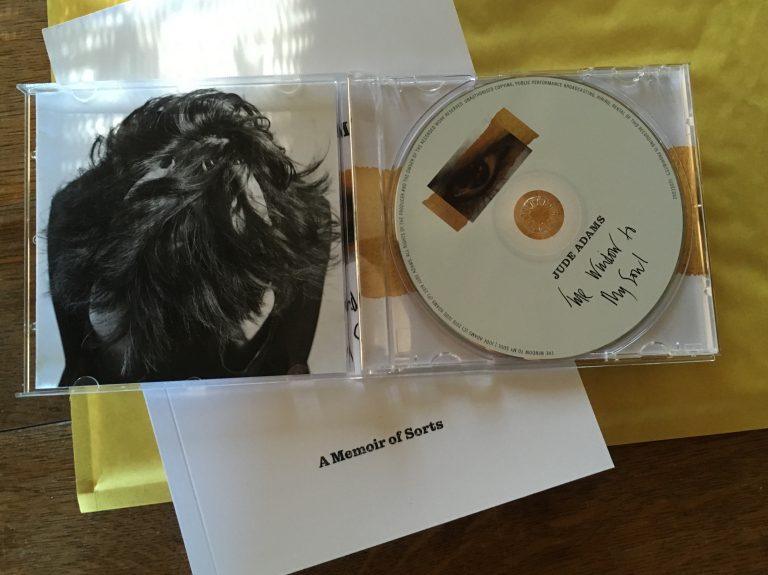 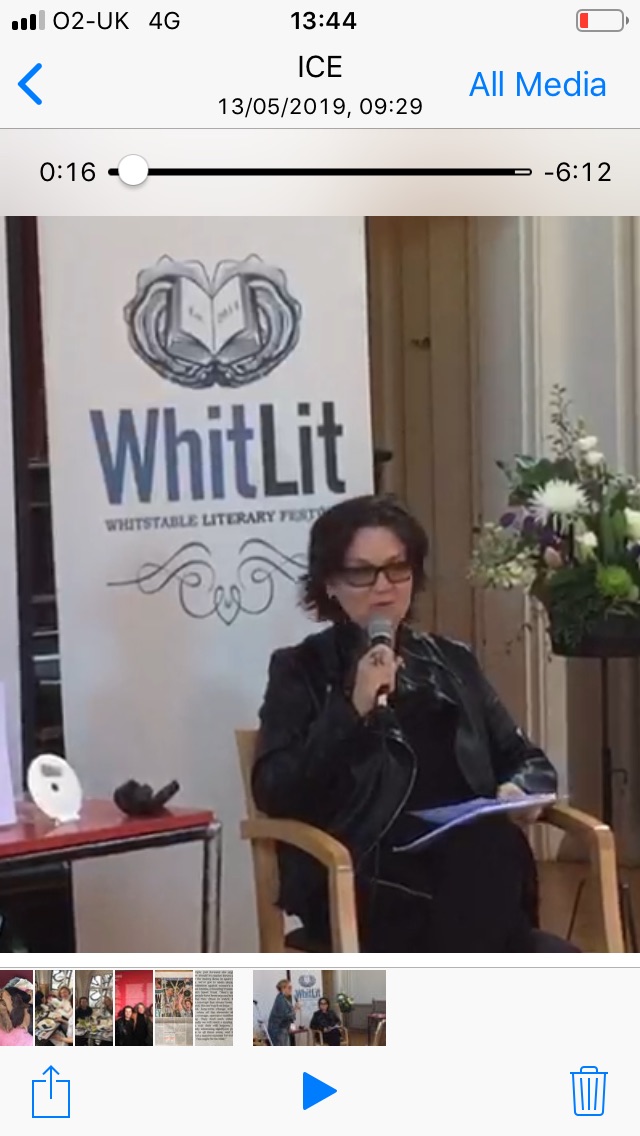 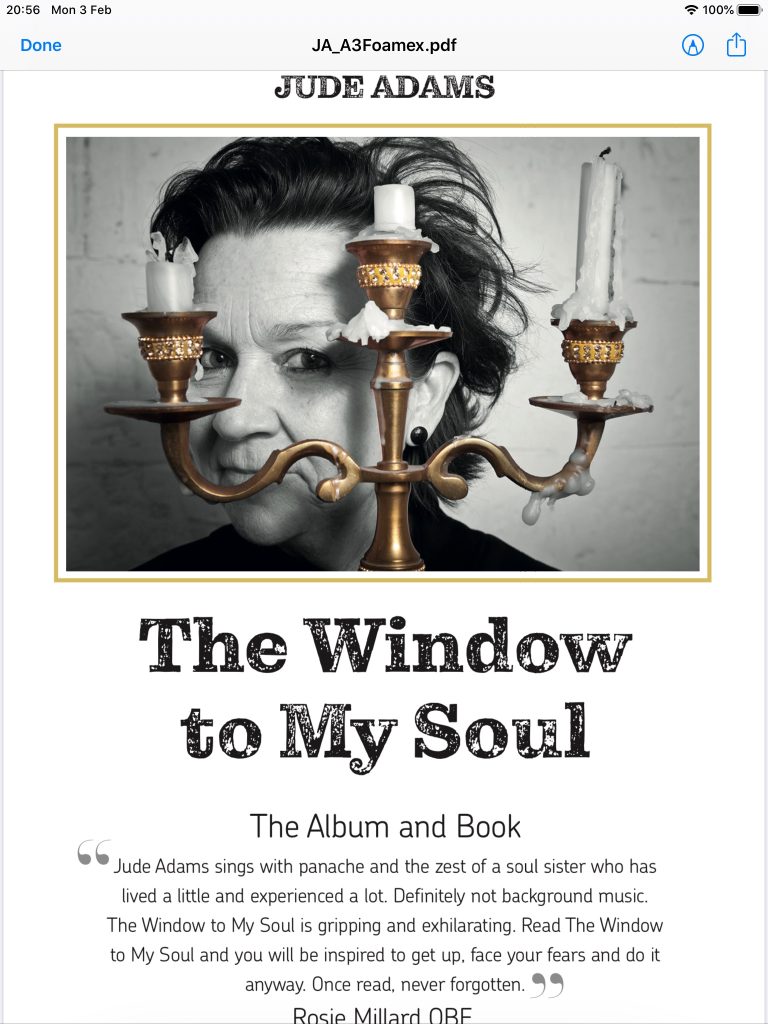 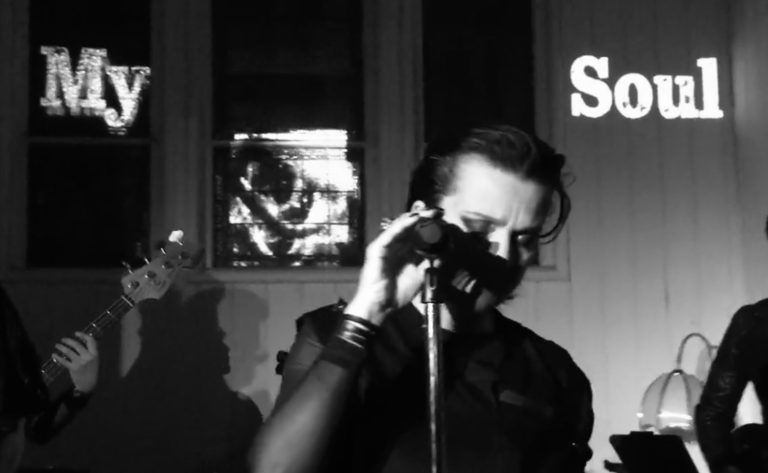 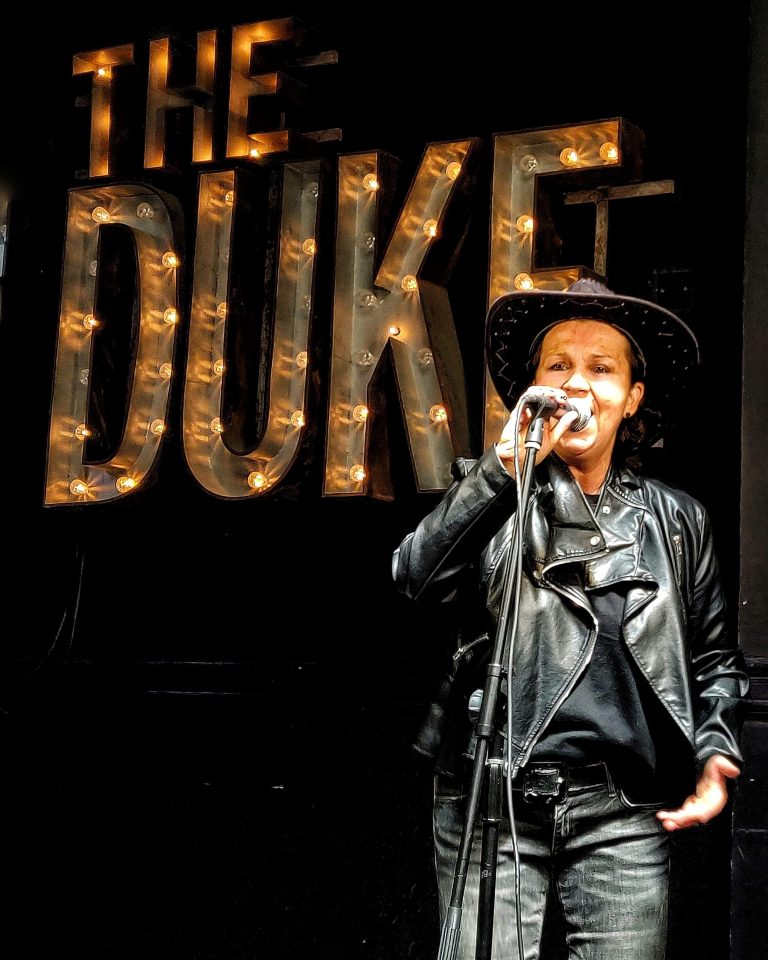 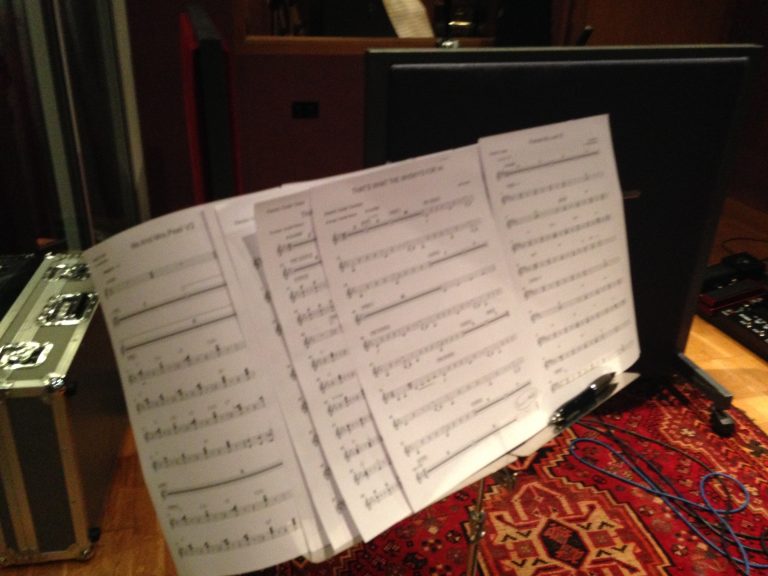 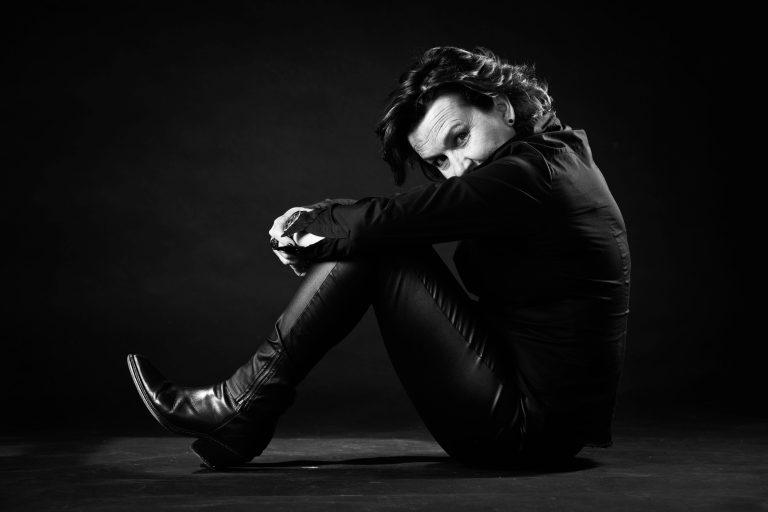 The Most Extraordinary Adventure.

“Renaissance woman Jude Adams sings with panache and the zest of a soul sister who has lived a little and experienced a lot.” Rosie Millard OBE after the launch of album no 2 The Window to My Soul.

Jude is a singer-songwriter across various genres and would still describe what she does as a “professional hobby”. Having still never sung in a choir, never having played an instrument nor reading music and lacking the confidence to share a voice she knew she had Jude finally started singing aged 50 but only two years later in 2011 myalgic encephalomyelitis was diagnosed. Performing as with most areas of life came to an abrupt halt. Jude had qualified as an Interior Designer and was building up a significant freelance business amongst other things when health issues intervened.

Not one to be put off by the limitations presented to her Jude unexpectedly found herself writing poetry and then lyrics and coming up with musical doodles which she would hum or sing into her phone. Along with continuing where possible to work with a series of vocal coaches, Jude managed to learn about songwriting through online courses and 121 tuition and in 2016 brought out her first album This Girl, This Woman produced and arranged by renowned jazz composer and pianist, Janette Mason. The launch hosted by Rosie Millard OBE was supported by a successful Crowdfunding campaign and Arts Council England. This attracted quite a lot of media attention and inspired Jude to move forwards.

The Window to My Soul followed in 2019 accompanied by a memoir of the same name and in October 2022 Jude’s third album Freedom was released.

Albums 2 and 3 also saw Jude developing her portfolio of visual art showing in person and with TWTMS, when the pandemic hit, online with The Alternative Spring Tour, before Zoom even became the norm!

At every stage of Jude’s musical adventure, through a natural curiosity and something of a fierce determination, she has set her bar higher – always seeking to learn more and develop her skills to become an accomplished and respected musician and singer. From starting to sing, starting to write – the music and words on 28/30 songs on her first 3 albums are her own – to becoming hands on in the production of her work.

For the last 5 years Jude has worked closely with Georgia Train (Burt Bacharach, Kaiser Chiefs, Bitter Ruin, Xenomania, Hookers Songs) as her vocal coach, mentor and one of her co-producers. A fourth project taking Jude in yet another musical direction is underway and is due to be recorded in February 2023 as she approaches her 65th year. One of Jude’s firm beliefs is that age should not get in the way of aspirations. “New talent should not always mean young talent.”

Describe what you do as a creative.
I am primarily a singer and songwriter.

Tell us briefly about yourself so we understand where you come from. What’s your family background?
My parents were both medical. Tennis featured hugely growing up. My extended family ran a grass and hard court club which is still going. I went to Sports College and worked in the Fitness Industry until 2005 working in all areas of operations and latterly as an HR Director.

What did you want to be when you were growing up?
I roamed through a range of ideas but by the time I went to Uni I had in mind working in preventive medicine in health clubs which is subsequently what I did. Whilst at Uni I also considered sports journalism.

Can you remember your earliest experience with art?
I recall coming top of creative writing at Junior School. I always tended to “style“ rooms, even as a child, so unwittingly a passion for interior design was inbuilt in me.

Why did you start doing what you do? What are your reasons? What's your story?
I was always aware that I could sing but whilst my friends growing up always seemed to be in choirs or strumming guitars, I sat and watched. My immediate family weren’t musical so even if my parents recognised that I could hold a tune I don’t remember anyone encouraging it. I was a kid singing to pop songs and that was about it. When I was approaching 50, my partner voiced her opinion that this private passion for singing was something we needed to tackle and that I would regret it if I got to be old and hadn’t done anything about it. A lack of confidence was the thing that had kept the voice in the closet and thinking that I had to reach for the skies. That hasn’t gone away entirely but we did do something about it!

How did you begin doing what you do? How did it all start?
At the third time of trying I finally started taking singing lessons in the autumn of 2008. My teacher succeeded in getting me on a stage to sing 6 cover songs with a band of session musicians at my 50th birthday party in April 2009. In January 2010, I did my first public performance singing covers at a Charity event. I could rattle on about what happened next but I won’t here. That’s in my profile.”

What turns on your creativity? What triggers your need to create?
The prospect of recording (and performing) songs that I have written. I still sometimes don’t really believe that I’ve done that a few times now.

What do you like best about your work?
Listening to the finished products. Although I enjoy the process that leads up to that, I‘m not a prolific writer and so when I get to a stage of completion it’s especially gratifying.

When were you most satisfied in your work? What is your golden moment so far?
It has to be the launch of album no 2 The Window to My Soul. (I still hadn’t been well enough to perform at the launch of album no 1.) It was a real show. I had a 7 piece band, I choreographed the event, there was stage make up, fabulous lighting and set design and a full house from across the UK and internationally and the audience even had glow sticks! The music was one half with readings and an interview in the second. Fabulous. Another memorable item was seeing my songs as sheet music on a musicians stand. I was slightly gobsmacked.

Describe a memorable response to your work? The way people responded to a piece of your work? What was their reaction? What did they say?
I could name some names but I won’t! My favourite though is someone who lives locally who came to a gig in February 2020 and who has since become a big supporter. She recently said “ I always feel emotional when I hear you sing.”
I guess with any form of art our aim is to move people and to provoke emotions, so what better reaction.

What is the most exciting part of your work at the moment?
I’m doing quite a lot of promo for my recently released album Freedom which is always necessary and I do actually enjoy, but I am really looking forward to recording the next project early next year. I have a lot to work on over the next two months!

What is your dream project?
I daren’t even think about that! Performing is always mentally and emotionally challenging for me (hence why it took me so long to get round to it) but also, because I am constrained by my physical capacity which was one thing I hadn’t anticipated, at the same time it is thrilling and the more of a show the better. I guess when I was a kid fantasising I imagined performing in really atmospheric shows. I managed that for the launch of TWTMS, had a mini tour taking in London and Brighton following on from that which the pandemic scuppered, and health issues prevented me from having a launch for Freedom, so I’d really love to perform my next project at some exciting venues and in some exciting ways.

Which artists / creative people are your heroes or inspiring figures?
Musically: Dusty, Amy and my all time favourite, who I have been following for several years now, Melody Gardot. I have varied and eclectic musical tastes. I guess I turn to jazz firstly when I listen to music. My favourite visual artists: Warhol, Banksy. I am very excited by design generally. Great interior designers and fashion designers: McQueen is a bit of a hero.

Your idea of happiness ?
Basics really. As age is creeping up I‘m conscious of human frailties and vulnerability and I’m just grateful for simple things and being able to keep doing what I’m doing and to still have hopes and dreams.

What art/creativity related book should everyone read?
I’m quite an avid reader of biographies and have devoured many music related ones but the one that sticks in my mind, and that I copied all sorts of quotes from, is Carole King: A Natural Woman.

Tell us a lesson life has taught you.
Yes you can. Someone famous said that didn’t they? Well, if you don’t try then you don’t know and at least you’ll have found out which is better than not!

Anything else you would like to add ?
Give it a go, don’t overthink it and whatever the outcome have some fun doing it.

Hi Jude,
Just listened to the new album. I’m so impressed, your voice is fantastic and songs great. I’ve have your first two albums on Apple and play them in my car on mix. I always smile when one of your songs pops up. I wish you luck, what a talent you have. TA

“It was so wonderful. It was like seeing a different person. Suddenly this Elvis alter-ego started singing. I couldn’t believe it. Amazing! “ CJ. October 2022.

“The tone of your voice always makes me feel emotional when I hear you sing. What a wonderful way to spend a warm Saturday autumnal evening at a live “pop-up” acoustic session with the talented and distinctive voice of Jude Adams.” LG. October 2022.

“The lyrics are like silk, they weave comfortably throughout the album and the energy they direct is one of gratification, of the longing being released and moved. It is the satisfaction that all those who believe that the time will eventually come when their voice is heard and it revels in its happy state of glory.”
— Ian Hall. Liverpool Sound and Vision (re The Window to My Soul)

“Definitely not background music. The Window to My Soul is gripping and exhilarating thanks to singer songwriter Jude Adams’ punchy brio. For anyone who has ever feared not giving it a go read The Window to My Soul and you will be to get up, face your fears and do it anyway. Once read, never forgotten.” Rosie Millard OBE.

“One of the things I like best about the album is the variety of moods that it reflects, from upbeat and dance-worthy to languorous. There’s something there to suit every mood. And that means that, every time I listen to the album I find a new favourite. I thought I’d settled on Soaking but when I heard your set at the soiree, I jumped ship for Forever My Love.”
— Alis Hawkins, Author None So Blind about This Girl, This Woman.

”This was a wonderful, memorable experience. Seldom does one have the opportunity to witness an artist and her process in such an intimate way. I so admire the candid, moving honesty with which Jude shared from her brilliant book and album. Entertaining, beautiful, inspirational.”
— Georgia Horton

“Thanks for a different and enjoyable evening – loved the informality and mixture of song and prose. Great to hear from someone who has followed her passions and performs and entertains so confidently.”
— JM 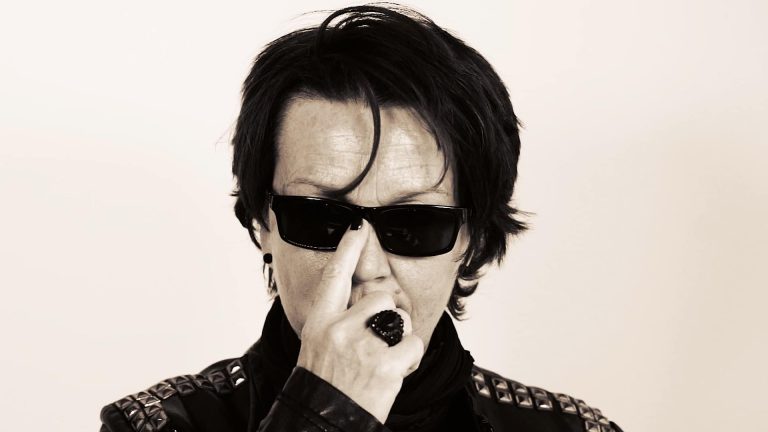